April 07, 2007
For March and April I'm living in a red cottage, at the far western end of Provincetown, on a street that runs along the ocean. Strange to live in a house as if it's one's home, yet know there's a definite date when it won't be any longer. An interesting exercise in living in the moment. It's beautiful of course. The house is like an Enid Blyton fantasy - a bedroom in the attic, a potentially scary doll on the top of the basement stairs. It's surrounded by trees but they're bare, because spring is supposedly here but winter's playing a recalcitrant squatter and keeps flouncing back in. Most days are cloudy with a dull and sullen light. And cold. And windy. And so, that's mostly how our house looks... 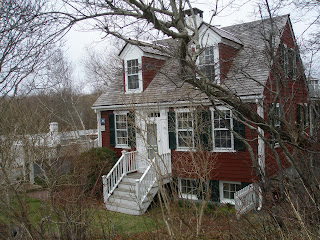 But every now and then we have a couple of golden days, just in case we were getting habituated to our suffering and so, not suffering enough. Then the sky becomes an astonishing blue and the sunrises and sunsets are burnished and dramatic. And then, our house looks like this. 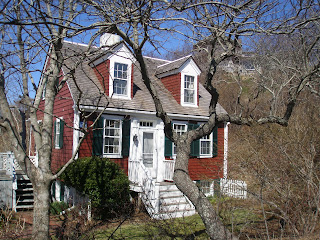 Provincetown's pretty old, relatively speaking. Lots of the houses have these little placques with the date. 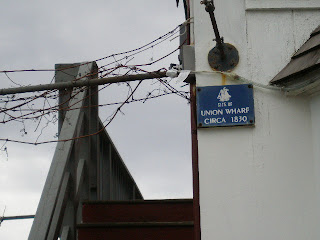 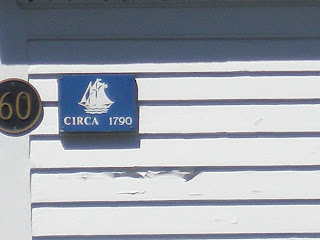 My house, hasn't got a date though it's 18--something. But the image of the house and the sea means that this particular house is a floater - meaning it was floated across the bay, whole. I can't quite imagine it and unfortunately they don't seem to do this now, so I have no pictures to offer of the actual activity, which sounds like Amrika's greatest tryst with recycling. 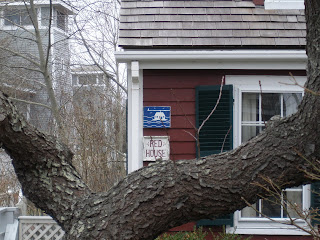 hansatin said…
phewwwwwww how very fine is fine
and fine is the photo angle too
whoooooo.
loverly house, paro
April 9, 2007 at 11:01 AM