Showing posts from September, 2007
Show all

thoughts that arise from encounters with students....

September 24, 2007
"Lasch, by contrast, looked at the American and found him peering into a mirror, anxiously rating the figure staring back at him and wondering how to combat the inexplicable emptiness he felt." Not just Americans if you ask me.
2 comments
Read more

So much sidetracking, So little time. Or..... Dil Mein Mere Hai Dard-e-Disco 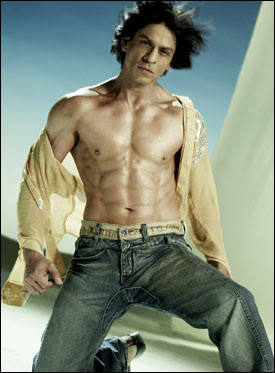 The only time I felt no objection to the pornography of repitition that is Indian news TV. It is not possible for me to do any work when NDTV India shows a half hour program on the making of Dil Mein Mere Hai Dard-e-Disco. I don't know if the film will be as good as Main Hoon Na - whether it will be over-referential and overworked in general. I'm rooting for it to work. What I like about this song is that it doesn't just act smart and mock other people's work, in making an ironic comment, it also seriously adds to the popular vocabulary. Oh who am i kidding. I love SRK, his baady, his goofy grin, his knowing eyes, his tongue so firmly in cheek. So does she Dard-e-disco Come on now let's go
13 comments
Read more 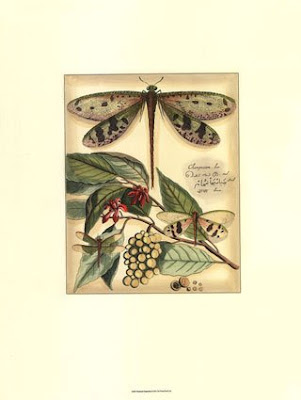 I have been trying to write - I have python deadlines which tighten as I struggle. And I am distracted by dragonflies. If you've got a window, look out and do you see how many there are nowadays? I squatted on my window sill for half an hour trying to take a picture but it's a fool's errand.They may look huge but they're fast and feckless and diaphonous after all. I never knew they could fly this high (I live on the 4th flloor and they are flying above the trees. A few days ago it was a profusion of yellow butterflies - didn't know they flew this high either. Distracted myself from work by trying to post about my time in Italy but got further sidetracked and ended up reading this somewhat amusing piece about Anonioni and Bergman in the afterlife. Not that it's all that funny - you may chuckle mildly on occasion, like at "Antonioennui" - but it's actually a more interesting way to read about two filmmakers about whom you may have already read so mu
1 comment
Read more 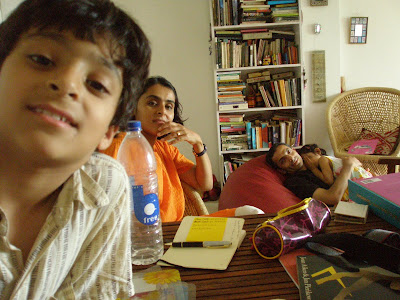 I have broadband after 4 months of fighting with MTNL. I am hoping it stays on but well... And with more computer housekeeping happening, also, lovely pictures from when my friend Tara was visiting with her kids and her husband Jambi. I like it that they could come to my house and I'd been to theirs, that feeling of continuity and belonging. I also like how well trained these kids are in the massage department.The high point of the technicque is a little jiggling dance they do when they get to your bottom and believe me they don't even know the heaven this is in places like God's own country. And also how lovely they are. I do miss them.
3 comments
Read more
More posts