Showing posts from March, 2009
Show all

March 23, 2009
So, to not be flippant in these parts for a change... I have an essay in an online magazine called Phalanx which is here I've been kvetching for a long time about how, while there is an increasingly sophisticated discussion about mainstream art and politics, the space to discuss the alternative seems to be amorphous at best. Blogs about books and literature are an exception - to an extent only though. So it's quite nice that there are some initiatives that are serious about this other space - like Pratilipi for example, which has been running a series on the Indian documentary along with various pieces on other arts. After all without a serious, vibrant critical culture, how are we going to make better work?
Post a Comment
Read more

March 10, 2009
Well, when The Man wants to sell Arms he too must advertise - and use all the predictable gender tropes advertisers are accused of, keeping textual analysis academic types in ecstasy for at least a year. I got this in the email from my friend Sanjay Kak, as a Holi greeting. You cannot fault it for not having colour. And read more from those who think it deserves an award .
5 comments
Read more 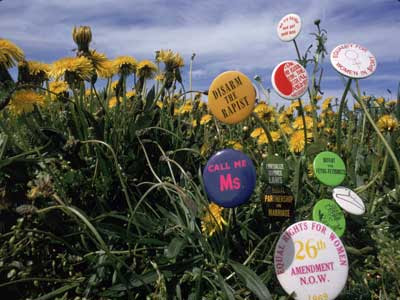 March 8 is women’s day. I didn’t know this till maybe 1990 when I started working for a documentary filmmaker and through the political activist friends I made in that context, went along to a Women’s Day celebration. I was embarrassed that I didn’t know about it, even though I considered myself a feminist ever since I knew the term. For them all it seemed like such obvious knowledge, 15 August – Independence Day; 2nd October – Gandhi Jayanti, 8 March – International Women’s Day. But how could I have known? It was not a National Holiday as it had been declared say, in Soviet Russia in 1965. It wasn’t common knowledge, a popular event, in the papers like say Nov. 2nd is (Shahrukh Khan’s birthday – you mean you didn’t know?!). I don’t remember it being observed even in my rather feminist English lit. department in Miranda House (I’m sure they considered it frivolous – or maybe they considered us frivolous and didn’t bother to tell us only). Now look what a long way we’ve come baby.
4 comments
Read more
More posts