June 25, 2007
In the MOMA store in New York in the kids section I found a little toy. . It's one of those prismatic thingies that help you to take cabaret style pictures-the kind which indicate the villain has drunk too much and now his lust has multiplied to 6 Bindus instead of 1. Bring it on babay! Anyway the look on everyone's faces when they see it is the same as the villains': delight, anticipation, covetousness and mental math and geometry and whatever else, at the possibilities..

Look what it can do..

It caused Nandini to peer at it in delight 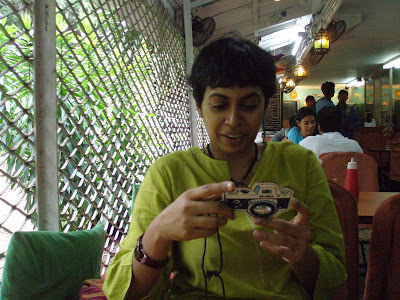 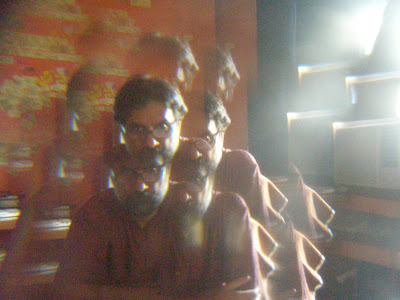 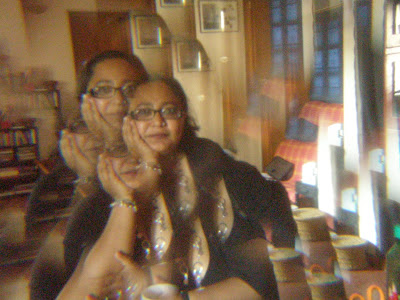 But best of all, my cutie Imran, Samina's son, who has lately learned to whistle and does so like he's practising for an audition of some 1970s Bollywood orchestra. 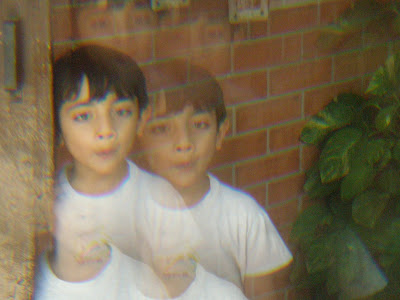 However this picture did not have a happy ending. Imran took such a shine to the object that he wanted to keep it and tried to clutch it, hide it behind his back, pretend to play with it for a long time in the hope that I'd forget to take it. But I was as bad as any other kid and determined not to part with this magic toy. However guilt filled me and I tried to push away the thought that after all the item HAD been acquired in the kids' section. I muttered something to Samina who said "Of course you shouldn't give it to him! This is definitely something one has to keep for oneself."