April 01, 2011
I was on my way to Gorakhpur in a train, stuck on a bridge over the Ganga in Kanpur, trying to write a column on train travel, watching men on the parallel bridge playing Holi - 8 days after Holi, as is the tradition in Kanpur (a tradition begun since 1857 when the Brits banned Holi said my friend), when I heard that Elizabeth Taylor had died.
It was a shock, she seemed like she'd just go on... 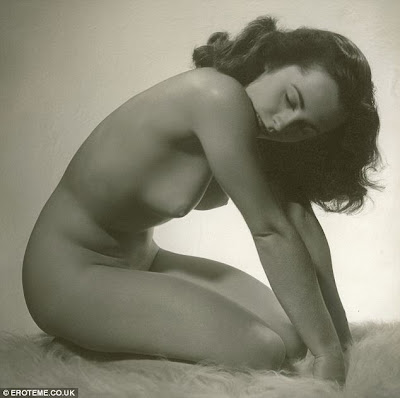 This beautiful nude portrait of her was released only after her death. You can read more about it here.