Now You Simi, Now You Don't 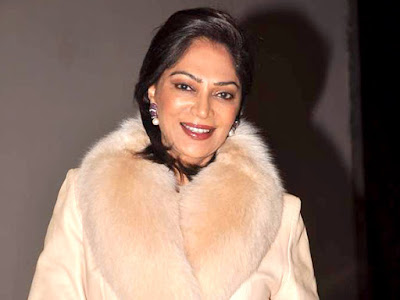 So Simi Garewal's show is coming back! Here's an old piece I wrote about her in Time Out Mumbai (which alas, is not online) a long long time ago, thanks to the encouragement of Nandini Ramnath.


NOW YOU SIMI, NOW YOU DON’T

It’s time to hold hands in a pink and white freeze frame again. Rendezvous with Simi Garewal will kick off its ninth season on Feb.12 with new sets – although let’s face it, how many shades of white can you do on TV? But news of this return isn’t exactly generating thrill and thrall.


First there are those who hate to love Simi. They look ambivalent and sheepish, then cite the Camp Defence. Yes, Simi is truly the queen of camp. But the kitsch poshness, the demented whiteness, the insistent well-keptness can take you only so far. The truth is – we love celebrities and Simi pulls in the A-list and makes them talk, not just re-state their celebrity, which is what makes the show a delicious indulgence.


In much larger numbers are those who love to hate Simi, her name bringing on a Pavlovian fit of gagging. Granted, that whole Oprah channeling Barbara Cartland manner is hilariously bad. But there’s also some self-congratulatory superiority in disliking Simi. In dismissing her, we can feel we are somehow above this piffle, this paffle, this, this,.. this what precisely? Not many of the gaggers can stop ranting long enough to answer. For instance, this excerpt from a thoroughly irritated review of the show on mouthshut.com:
“Didn’t you always want to know Ratan Tata’s views on marriage? Or whether Amitabh and Jaya are in fact a happily married couple? Or who wears the pants at Anil and Tina Ambani’s home? Or can Shoba De prepare fish the Bengali way Dilip De prefers it?”

Or let’s put it another way. Do I really get much from watching some news anchor ask Jayalalitha hard questions about corruption only to hear her repeat the same PR perfect lies for the nth time? Not really. The brave folks from the news do ask all the good questions, but do they lead to some answers? 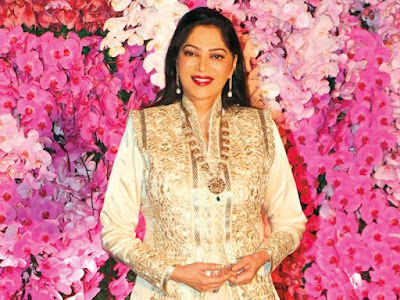 Thinking folk fear that any interest in celebs will lead to a further proliferation of celebrity culture. Anchors with hard news credibility are embarrassed about having celebs on their shows to keep those TRPs going. Their only response to this problem seems to be to constantly interrupt their guests a la Karan Thapar and Vir Sanghvi, showing how much more than them they know, thus keeping celebrities in their place. But such a complicated, neurotic relationship is very harrowing to watch!
Rendezvous, of course has no such emotional conflict. But in calling on celebs to be a little more than the sum total of their public achievements, to have an actual conversation, instead of posing through various soundbytes, it somehow normalizes celebrities.

A major criticism of Rendezvous is that it is about emotions and relationships. Who made that rule, that these things aren’t important? That personal life is somehow irrelevant to public understanding, isn’t as much a part of what goes on in the world that we could develop an insight into? Whether Simi intends it or not –her show occupies an importantplace in our culture because it pokes little holes in that wall between public and personal life, at the worldview that if a person is a politician we wish to understand nothing about them except their political motives, that the only thing that defines a suffering peasant is their suffering, that a classical musician, should speak of nothing except traditions.

It is actually interesting to hear Jayalalitha talk about waiting up for her mum to get home from shooting so she could show her the gold star she got in class that day –at the level of pure narrative. And it’s cracking good TV, both absurd and novel, to watch someone like Jayalalitha sing aaja sanam, madhur chandni mein hum, all reedy and tremulous. This view does not have to cancel out what we know about Jayalalitha’s political rapacity. Having two sorts of perspectives, may however, make the way we see the world more complex.

Simi’s manner sometimes prevents people from seeing that she is a damn good interviewer. She actually listens to her guests instead of constantly trying to catch them out and her interviews become interesting portraits of people. She asks the tough questions: say, Amitabh about Rekha – but has the good interviewer’s ability to let an evasion play out enough so we, the viewers can draw a conclusion, which may run counter to what the people on screen are saying.

Simi’s best interviews were at the mid-point of the show – when she interviewed several single people – Rani Mukherjee, Abhishek Bacchan, Preity Zinta, Bipasha Basu. Her interview with Raveena Tandon was a superb picture of a woman with a tendency to love quite passionately, return from devastation, explore the meaning of being alone – if only to arrive at the disappointing conclusion that true happiness will come only with marriage. Those interviews managed to enter a landscape of uncertainty and vulnerability, of people engaging with unexpected intimate situations that contemporary life brought them to, ideas intrinsic to living, yet rarely discussed in any public forum. In general when interviewing people by themselves, she manages to evoke how they – from Dev Anand to Benazir Bhutto- have made sense of their lives.

Simi’s downfall may however come through her family episodes. Interviews like those with Ravi and Anoushka Shankar, the Roshans, Amjad Ali Khan and family have been the epitome of schmaltz and a confirmation of the worst snobbish values (not to mention family values, yuck). That the new season will serialize interviews with Zayed Khan, first alone, then with wife, then with parents – does not augur well. So it’s a good thing for us she has a worthy successor waiting in the wings.

Karan Johar, with his self-deprecating air and cheeky charm could eventually don that twinkling tiara. Right now his show adds up to little more than his pals horsing around, emerging mostly as air headed hipsters while his viewers start feeling like people at a party where no one talks to them. But once he starts to do real grown-up interviews, we may defect. Until then, come Sunday, we’ll keep keeping that pastel rendezvous.