The Modesty of Outrage 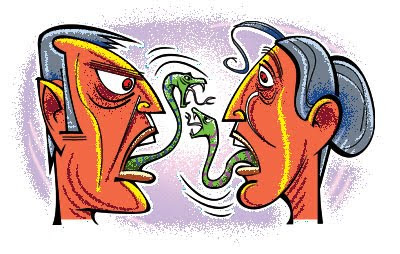 My column which appeared in Mid-day today. I'm not linking to the website because they made a mistake and added a line from Devdutt Pattanaik's column to the end of mine, which sort of creates a misreading of the whole piece!
THE MODESTY OF OUTRAGE

On August 3 Vibhuti Narain Rai resigned from the Jnanpith Selection Committee. Rai, a novelist, former IPS officer and VC of Wardha Hindi University created a brouhaha with his sexist remarks to Naya Gyanodaya magazine, roughly reported in the press as: “women writers in Hindi are in a race to prove who is the greater prostitute” and the entire “feminist discourse has been reduced to one about the body by over-rated, over-promoted women writers.”

The permanently hyperventilating press sought and received counter-remarks, petitions were drafted and Rai resigned. The truth triumphed? I wonder.

The tone of many reactions was strikingly similar to Rai’s own remarks. How dare he insult women writers by calling them prostitutes! If we think this is an insult, then, aren’t we subscribing to the same dessicated notions of purity or respectability we claim to condemn? A famous writer said: “being an IPS officer he is talking like a constable!” So constables are automatically crude, uninformed and jungli, while IPS officers are of a better, er, class? What sort of arguments are these?

VN Rai is not your average bigot. He’s a well-regarded writer, especially for his novel Sheher Mein Curfew, which looks at pro-Hindutva communalization of the police. So, given this, I assume the first thing you’d do is read his original interview, rather than rely on the fragments quoted by our media, world famous though it is for accuracy, sincerity and non-sensationalism. Or wouldn’t you?

If you did, you’d see that his interview is a complex performance of paternalism. On the one hand he acknowledges that a male dominated society, unable to stomach women’s sexual freedom or personal choices, brands them ‘bewafa’ or loose (in fact he uses “chhinal” meaning slut, not prostitute). He defends people’s right to choose their own type of relationships – although he feels gender equality is needed for this to be meaningful. He then uses this argument – of others’ regressiveness – as a reason for women to observe limits and to ‘lift’ feminist writing above trivial matters like sexuality, advocating a trickle down effect of sorts – after 500 years when men are enlightened, women can be completely free. Till then we must be economically and intellectually independent but “dignified”.

This patronising legislation of sexual freedom, couched in claims of feminist concern is the oldest line in the conservative game. Huge energy – from honour killings to beauty codes to ostracism of “slutty” behaviour (anything not Main Tulsi Tera Aangan Ki trademark) – goes into preventing women’s sexual freedom. I wouldn’t say any discussion of pleasure, desire and the female body is trivial in this context. Without rebellions, we’ve seen, there has been no change. Revolution is not a modest business. As for this hierarchy, where matters of “the world” are politically superior to personal life – get over it. Those who would have us behave modestly in return for other rights are certainly not as bad as those who want to slap us for going to a pub, but they are at least second cousins.

But censorship, banning, and shutting people up are ineffectual primitive acts - they stem from outrage and end only in outrage. The real battle is changing the terms of the debate through public discussion.

Sadly where are the spaces for this kind of public debate? Perhaps we will have to create them ourselves. The media, where ideas ought to be worked out with intelligence has reduced itself to a theatre of exclamations in which we have but modest roles of outrage. In the absence of dialogue, we can only display stock postures and loud poses – like we are acting in a silent film about the freedom of expression.