August 28, 2010
Here's a longer version of the column that appeared in Mid-day on Sunday Aug 29th 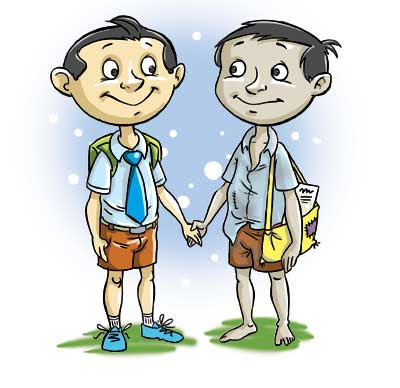 As a non-parent, it was news to me that the PTA laws had been changed by the government because I did not even know that PTAs were governed by actual state laws. Going through them I’m not sure if I was impressed or alarmed at how much a parent could or should be involved in school activities.

Now, parenting – and especially motherhood – are becoming so hallowed all over again, although in new yummy-mummy bottles - that a non-parent probably has no locus standii to be saying anything at all about this stuff. But I’m going to claim my rights as a former child and current sufferer of the results of all this hot-house parenting to wonder a bit about some things.

The current noise, to recap, is over the fact that the state’s government has scrapped elections to PTAs and these will now be constituted by appointment. Naturally this leads to all sorts of concerns over whether this won’t favour the school managements and leave parents powerless – very valid concerns indeed.

But what are the mutual concerns? Are PTAs essentially a union body – to make sure the school gives parent-child consumers the things they promised? Or do they come together in order to ensure that the school becomes a positive and progressive preparation for public life, which is why we suffer through all that homework and torture from classmates in the first place (oh you didn’t? well, lucky well-adjusted you).

As with many democratic processes, this depends totally on each PTA. Some apparently have gathered to ensure a pension for retired teachers. Others have the usual complaint: most parents are unwilling to volunteer time or take responsibility.

I have a friend whose enthusiasm for attending PTA meetings (given that she routinely tells her kid that he should not take the school too seriously) is a matter of amusement between us. She attends each meeting with an agenda. Some of these things include: more Hindi (since its Delhi) books for the reading period. Good ones, not boring ones which make kids hate the language in comparison to the bright and funny books for kids in English. Of course she also leaves knowing that most of this won’t change because for all that parents want “alternative” education, many also want mainstream success for their kids, eventually.

I may be wrong but it seems there’s a great deal more obsession with parenting – especially mothering – in people of the upper middle classes – amongst people with h the surplus income that allows one partner, usually the woman, to be a full time parent. They send their children to schools and after-school programs that promise to turn out Spanish speaking, ballet dancing, brain gymming, precious wonders in touch with nature and their inner artiste via new teaching methods and air-conditioned classrooms. These experimental schools are often expensive – but good air-conditioning and CCTVs aren’t cheap. And you need good security to keep the kids in and maybe other kids out. Frankly, as a child, this sort of scrutiny would have sent me into permanent depression – I longed at all times to escape everything in the real world of adult anxiety and injustice and retreat to one of my own making - but I accept I’m not the ideal these parents and teachers are aspiring to. Everyone thinks their child has a special someone hidden inside that can be discovered. No child is allowed just to be ordinary then, I guess, at least in a certain class. What is this vision all about?

Is it a vision that the Right to Education Act might be interfering with for some? I quote from a circular that Bangalore’s Bethany High School issued to parents: “Under this Act, all private unaided schools will have to accommodate 25% of their strength of children around the neighbourhood without any screening. This means that any child will have to be allowed into school and share the classroom with your child. Eminent psychologists have said that this will be detrimental to the psyche of all children, yours and the others, and the school has to sit back and admit indiscriminately and cannot refuse admission."

Parents have quickly defended the circular because “it’s not saying underprivileged children will be ill-behaved but that if they happened to be, the school was not empowered to act against them. The school has piously declared it educates 20 children free.

You don’t need school (or parents) to teach you that meanings lurk between lines. The school seems to have a problem affording poor children education as a right but no issue giving it as charity, because charity keeps the power equation clear. The parents are uncomfortable with the idea of poor kids and their kids being in the same class. They are not bad people. But, their goodness prevents them from articulating exactly why they have this problem.

In the meantime, the BMC has asked that all new secondary school spaces should give 50% of their built up area for a municipal school in return for exemption on the FSI of the remaining 50%. This will help implement the Right to Education act apparently, with BMC schools being a sort of visible annexe, sort of like a servants quarters in those nice bungalows in Lutyens’ Delhi.

Today I watched a video of a popular guru giving gyan on parenting – to be a good parent you just need to stop living a distorted life and be the best according to your ideas. Isn’t it cool how he never defined those ideas – spiritual freedom, baby! I’m not a parent, godperson or even an eminent psychologist, but I guess it’ll have to do that I’m a former child: as bad as parents who can’t be bothered, are parents who care so preciously about their own little princes and princesses. They really have to think about all kids a little – and teach their kids to do so too. How else are those kids going to be good parent – or teachers?

Space Bar said…
That school circular was sickening. That, and meter jam have ruined my last month. Gah.

Meter Jam - well I'm ambivalent because a part of me feels very pissed off with auto drivers in Bombay - although I agree it's not the smartest of strategies. Maybe someone should engage with these Meter Jammers, with a serious list of questions. I toyed with writing about it but felt it might be better for someone to do a more journalistic piece where they interview auto drivers at greater length.
August 29, 2010 at 6:38 AM