March 01, 2011
So for the last three months life has been one long slog. I can't remember when I've just been in such a tunnel of work and nothing but. Anyway the result is a new film - more about that in another post. Meanwhile for Spacebar and others who've scolded me for my slackness in updating columns, this is a list of links to all the ones I've written since Mr. B's below. I think I was so thrilled that he had complained about it that I felt, chalo, ab ho gaya. To list them, will no longer have a vulgar feel because unlikely subjects will then appear together, instead of a week apart, but here goes. On the snobbery of some cult fictions (sci-fi, say) over other pulp (Mills and Boons) On the strangeness of identity and the stranger still Unique Identity project On Koffee with Karan and the episodes with Deepika/Sonam and Anil Kapoor/Sanjay Dutt On censoring films On girls liberated from one thing, but perpetrators of another On the absence of hobbies among Maharash
3 comments
Read more 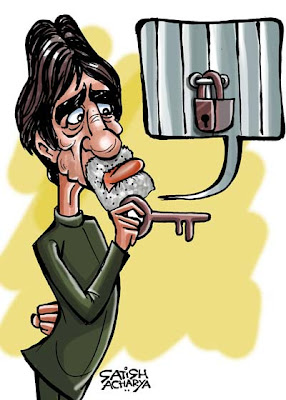 My column in Sunday Mid-day about Amitabh Bacchan's desire to copyright/patent his voice. There's no point asking how much money is enough - none of us know the answer to this question. But have we got the pitsiest public figures in the world or what?
9 comments
Read more 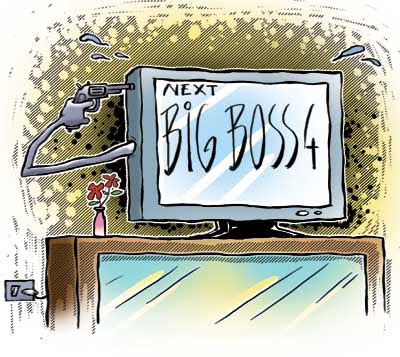 My column on watching Bigg Boss - or rather not watching it.. with a mistake, poor Deepak Parasher got called Pankaj Parashar (although the latter may also feel he is a poor thing) Of course now there is a stay order, so I am still not saved but hanging somewhere in between
1 comment
Read more

the problems of plenty 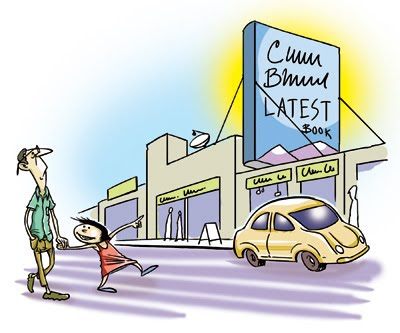 Today's Sunday Mid-day column, about t he pleasures of libraries , maybe the necessity. What I couldn't expand on in the column but which people can check out from here are two excellent online library ventures - they will send and pick books up! www.friendsofbooks.com And this one just for comic books www.leapingwindows.com
2 comments
Read more 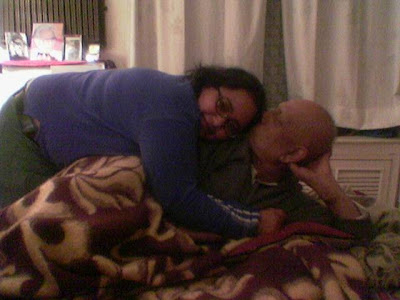 Today is my father's birthday and I am continuing my effort to write something about him as I decided to in 2008 and then managed to in 2009 and here I am now, writing in 2010, but at the 11th hour as he would have said :). When my father was small he had very fat cheeks. His cheeks were so fat that if you slapped one cheek the other used to wobble. So his two older sisters loved to call him over and then slap him, and laugh to see the other cheek wobble. This exemplifies the love of Punjabi women, as many will know. They really did love him, as I saw over the years - he was the apple of their eye - and accordingly they had their own petname for him: Labbu - from Laabh, a blessing luckily gotten. In all my years with him I never heard anyone actually call him that, although my aunt in Bombay would sometimes lovingly say: he is my favourite, I used to call him Labbu. My father always laughed and loved to tell this story of cheek slapping. He loved telling stories of his childh
8 comments
Read more
November 11, 2010
Last to last week's Mid-day column - we had Divali holiday in between. A couple of my friend's fought with me about it because they felt I did not take a clear stand on what I felt about what Arundhati Roy said about Kashmir - and I felt a bit frustrated by that. I somehow think there are many types of solidarity - I suppose one is definitely for many to say the same thing at the same time. On the other hand I guess I am a bit more invested in trying to reach out to a more "regular" audience and also in the idea of debate which eventually is not about rights and wrongs but about the ability to listen. And I don't feel very interested in making declarations about matters of national importance (which is not to say that I don't think those declarations should be made) but interested in a rather more local voice and way. Still, it's an uncertain thought, only half formed in my head and I'm still wondering.
2 comments
Read more

October 25, 2010
My friend Bela Negi's film is releasing this October 29th in Bombay, Delhi and Bangalore. Please do go see it and please spread the word around! Here's my column about it from last Sunday's Mid-day
Post a Comment
Read more
More posts