May 23, 2010
My column today on burqua brouhahahas http://www.mid-day.com/opinion/2010/may/230510-paromita-vohra-burqha-ban-france-islamic-women.htm And last week on discussions about politics http://www.mid-day.com/opinion/2010/may/160510-opinion-political-thoughts-naxalites-democracy-paromita-vohra.htm They persist in giving the dullest titles to the pieces - I'd like to think of good ones myself but mostly I'm just frantically screeching to a deadline. And anyway I'm sure they'd change it instantly from my frivolous ones to these extremely NCERT type ones. It's a losing game - if you write about political ideas (because it's not about politics as such the column) then people immediately become solemn and stodgy - and here you are trying to mix it up some and hoping to re-invest the discussion with some energy in your modest way. Maybe I'm delusional and the title writer is right. In which case it's a good thing I only have another 7 columns to go before we&
4 comments
Read more

May 01, 2010
The bad thing about writing a column - you're constantly stressed out about what you'll write about. The good thing - you don' t have to be stressed about updating your blog. You can just link to This week's column Last week's column It's a good thing they rename the columns as the last one (now called Out of the Box) was formerly called Sex Sex Sex. It's my impression that columnists do not have to be like, imaginative. :)
5 comments
Read more

April 19, 2010
I've started writing a column in Sunday Mid-day. It's weekly. My flirtation with commitment you could say. It's a general opinion column so can be about anything. Here's the first one, appeared Sunday April 18 and it's sort of about Love and Justice
1 comment
Read more

dil toot gaya deewana - so let's do the twist

My grandparents were both in the movies - but very differently. While my grandfather was very famous and is still remembered as an important part of film history, my grandmother is not someone people know of, nor did she do anything that anyone felt must definitely be noted. To a certain extent not even her own family. She acted in some films until the early 40s and subsequently became a producer, making about 6 films, the last in the 60s. By the time I came on the scene, she was just my somewhat glamorous and unconventional grandmother who had a cupboard full of wonderful saris and a painted tin box full of internationally acquired handkerchiefs - but more on that cupboard some other time. She played cards each afternoon, and the glowing colours of her plastic counters: pomegranate juice red, emerald green, the yellow of dal barfi, numbers written on them like varq on barfi in fact, seemed to be part of her very kaleidoscopic presence. Other ladies would come to play cards too - p
13 comments
Read more

After a saga and a half and rather too much fullness of time, finally, a website is up. I have no idea why it does not show up in Google searches, but it doesn't. Does anyone know why? I mean it's been up for a couple weeks already. Anyway, here it is: http://parodevi.com/ Times change alright....
7 comments
Read more 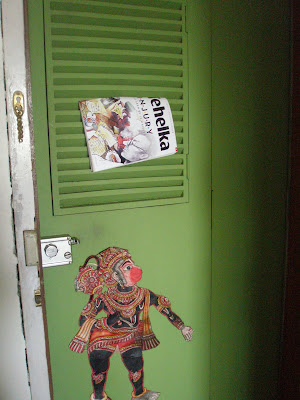 I have a story in the Tehelka fiction issue on the stands now - in case anyone feels like reading.It has 12 stories all around the theme of injury. It can be read   here - but it's always nice to actually buy and read the 12 stories at leisure, in trains, in the loo or on the verandah or in bed or wherever you do these private things.
3 comments
Read more 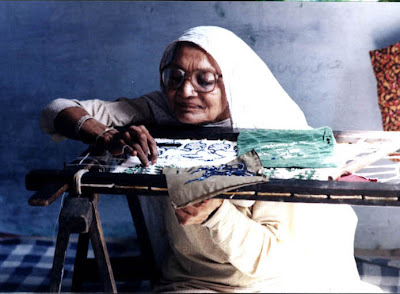 I've been doing reviews of documentaries for the website of Open magazine occasionally. Her e is a review of a film I really love - Sagira Begum, by my friend Sameera Jain. More reviews either by myself or Sanjay Kak are here.
2 comments
Read more
More posts