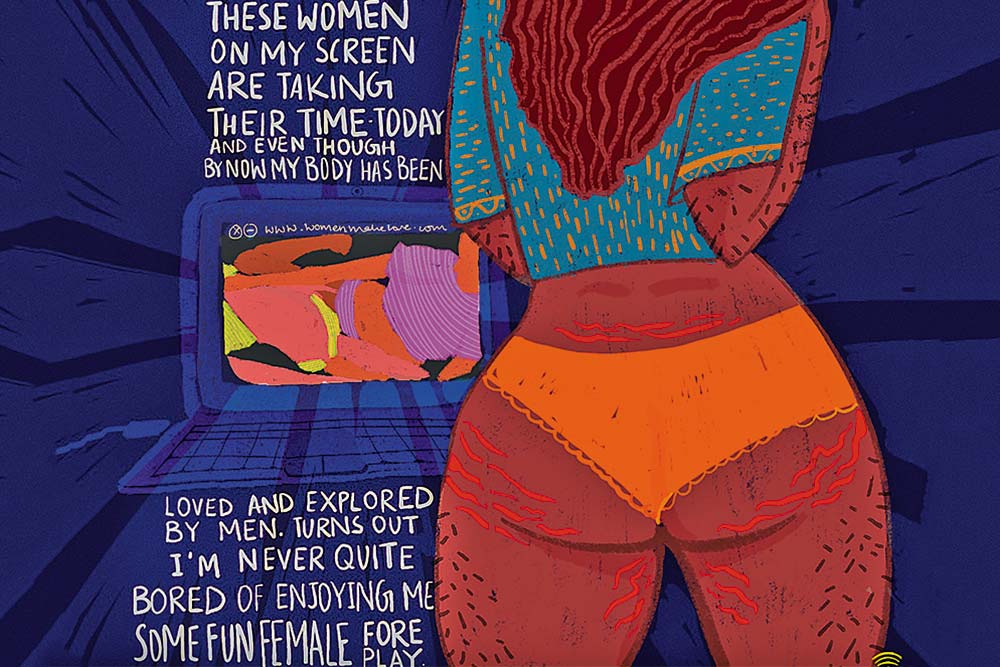 The Other F Word Illustration by Akriti Sharma. Image courtesy Agents of Ishq. Follow them on Instagram @agentsofishq

The division of erotica and porn is presented only as a matter of tastefulness, but its implication is around morality. At various historical moments, you see this ‘obscenity versus propriety’ debate gathers force. These are often turning points in technology and its hum-bistar, or bedfellow, access for a larger, heterogeneous public. The late 19th century already saw court cases against Raja Ravi Varma (in 1896), and we soon moved from there on to legislation around film censorship based on the idea that natives lacked the moral sophistication to make sense of films. The time leading up to nationhood saw cases against Ismat Chugtai and Manto. The era post globalisation saw court cases against Milind Soman and Madhu Sapre for posing naked with a python. Today, the Raj Kundra case has somehow caused an anxiety of definition. People are as discomfited by it as they are with double entendres. 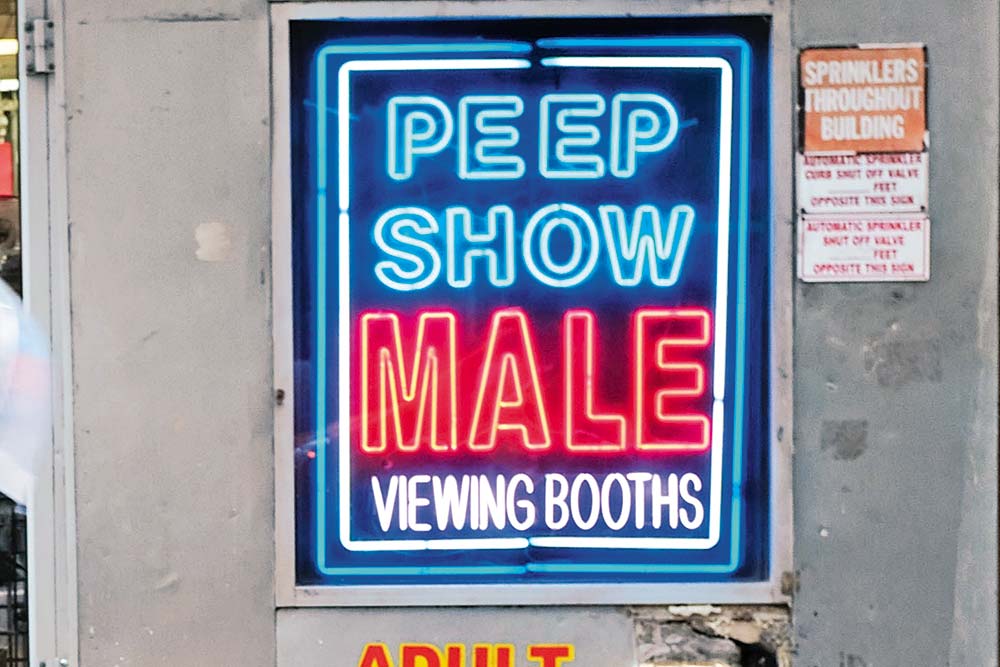 Why does the double entendre cause such discomfort? For the simple reason that it disturbs a line of control—respectability. Respectability urges us to be literal—implying that being rich and being good are the same thing. That being tasteful and noble are one. That being elite and being meritorious are the same. The double entendre disturbs these conflations by its very mischievous Looking London, Talking Tokyo nature. We say one thing, but mean another—and everyone knows this to be so. In this way we defy the line of permissibility while pretending to toe that line, and become impossible to control. The double meaning, by its very form and nature, communicates that one person’s opportunity can be another person’s oppression; or, that one person’s erotica is another’s porn. We imply that there is nothing naturally good or essential about this line, but that it has been put in place by those who would control our intimacies, and our possibilities, by resort to that strict literalness. (“That is only erotica, and hence kosher. This is porn.”) Double meaning disturbs that, and at least in part, this unspoken revelation is what is disturbing about double meanings. No wonder you see a consistent effort, from the colonial times, to the present, to separate things into singular meanings.

In that sense, l’affaire Raj Kundra is itself a double entendre. The fact that the partner of an A-list star from the entertainment and media world, a yoga icon no less and part of a high-visibility social set, has turned out to be a purveyor of porn disturbs the pretence of respectability that the upper set’s upperness is propped up by. Bollywood’s effort to separate itself from the Shetty-Kundras hinges on the tastelessness or ‘sleaze’ involved. But the idea of taste and purity are, in the end, ideas of expensiveness and money. Money is usually made in not very tasteful ways—it frequently involves straight-up exploitation. By making sex the problem, we avoid talking about all the other problems of power and injustice that exist in all parts of society. 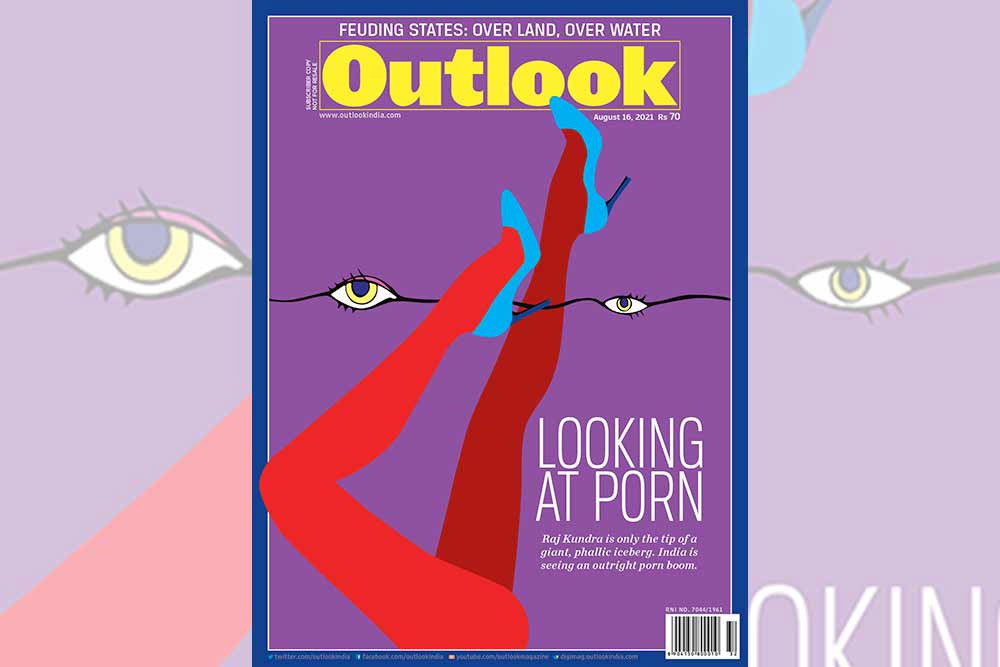 One might ask, if erotica is so acceptable, why isn’t it more present in elite spaces? The desi non-elite, not-so-politically-correct world has been expressive of its sexualness—a word I use to speak of the actual experience of sex, as opposed to sexuality, the abstract evocation of sex—for a while. The B and C markets have driven the sex toy industry. Home-porn clips easily found on Twitter, under any one of many Hot Bhabi type handles, reveal all kinds of sexualness and it certainly does not appear non-consensual. There is some quick and dirty sex, there is steamy intimacy, there is foreplay, there is laughing and smiling and kissing. Perhaps when it comes to sex, we are all cheap. So why do we need this division of erotica and porn?

As sexual mores have changed and the idea of sex positivity accompanied by a certain brand-friendly feminism has become commonplace, we are no longer wrinkling our noses at the idea of sex itself. But is there a new respectability masked by a new sex positivity? One where sex as information is acceptable (sex education), and conversations on consent that are binary and do not get into intersectional complexities or even the complexities of sexual interaction are de rigueur. Here, love is love and that makes rainbows acceptable, but let us not get into too many details about same-sex sexualness, because, well, that’s ‘cheap’. These are the sexuality conversations online, neatly kept in place by social media’s Community Standards (which one can evade sometimes with double meanings).

For instance, All India Bakchod’s music video Creep Qawwali denoted all men in the ‘others’ inbox who did not speak good English and sent unsolicited messages as ‘creeps’. Its double meaning took into its loop, without much ambiguity, men of a less privileged background...watchmen, lift attendants, pizza delivery boys. The non-creeps, by implication, are men of elite backgrounds, protectors of ‘their’ women. This is an implication which directly undergirds the scepticism that arises when liberal, educated men are accused of sexual harassment. Because their political aesthetic is ‘superior’ so too must be their ethical and moral framework in sexual matters, it is assumed.

In popular cinema, we have seen a different aesthetic sanitising. There is a growing acceptability for discussing sex as violence—and films that do this are quickly anointed to a place of greatness—but there is still a deep unease with depicting sexual pleasure. Elite criticism of Hindi cinema has long hinged on its aesthetic inferiority because of the one element that contained a vast repertoire of erotic expression, from heaving bosoms to stolen glances to cross-dressing—the film song. This was consistently critiqued as irrational, vulgar, cheesy, exploitative and ‘problematic’, to be gradually replaced by a masculinised realism and films about sex as violation or as a site of oppression. These examples also construct an idea of sex as violative of women, and airbrush depictions of women’s desires and sexual agency out of the narrative in the name of concern about their safety and respectability.

The same divide is reflected when sexual expression on Instagram (whose users are more urban) is often seen as ‘empowering’ while sexual expression on TikTok (which was diverse, desi, edgy, messy, queer and overwhelmingly from non-English speaking spaces) was often denounced as vulgar and even toxic, on the basis of a few examples among the millions of bits of content there.

There is a hesitation in discussing this question because it means discussing all sex—the sexual violence or even unhappiness within marriages of all backgrounds; the world of sex that is not concerned with respectable matrimony or monogamy; or the right of sex workers to unionise like any other workers. As Meena Seshu of the National Network of Sex Workers recently said at a meeting, “Masseurs are considered to sell a service, not their bodies, so why isn’t sex work seen as a service, not the sale of a body? That’s what comes in the way of unionising.” And it also means discussing other aspects of social justice. In fact, many of these questions have implications for the entire media industry (Shilpa and Raj’s erstwhile social circle), not only that part which produces sexual content.

(This appeared in the print edition as "Sex, With Cloven Feet")

(Paromita Vohra is a filmmaker, writer, committed antakshari player and founder of Agents of Ishq, a project about sex, love and desire for Indians. Views are personal) 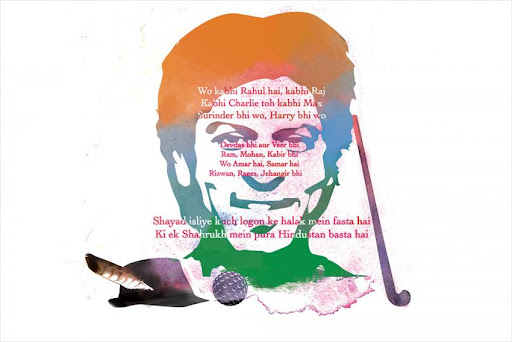