The Other Bhabhi imparts a moral lesson for all girls 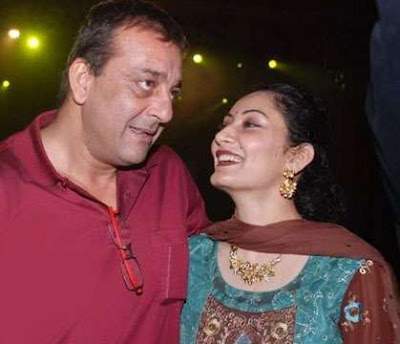 While Savita bhabhi may not be able to bestow her largesse on the world for the time being, the other bhabhi who is such a shining light in my firmament has returned after a long absence in the papers although I did scour everything for news of her on Sanju bhaiya's 50th birthday.

It's not a very specatcular resurfacing, but it is a reliable one.

Ah Manyata! If only she had been my bhabhi during the boards I would have topped - even in Maths!

If only she had taught me some lessons in youth, I would have avoided many a bitter romantic season instead of haring off here and there to pursue my goals, desires and other icky feminist things- Stand By Your Man!

Shahanaz my dingbat aunt has taken it upon herself to make me a star wife. It has suddenly become her life’s aim to marry me off to some filmi type so that the both of us can become red carpet regulars, schmoozing with the stars while her kitty gang begs her to get introduced to Shahrukh, Hrithik, Salman... She’s finally gone loco I tell you, as she is convinced the most stable marriages take place in Bollywood. To be fair to the old bat, she isn’t tripping on prescription medication, but has discovered a brand new trend in movie-land, thanks to the travel agent we share. Emraan pampering Parveen is not a rare occurrence in B’wood, even Sanjay Dutt is interested on spending quality time with wifey. He is planning a long holiday with Manyata to the US. But Manyata isn’t happy! Some women I tell you. She’s been egging him on to concentrate on his work and not divert his attention again.

Can’t blame her, says my mum. Because after his brief political stint ended, Sanju is seeing some of the best days of his film career, despite the failure of Luck. He has Ajay Devgan’s All the Best, Blue and Rahul Dholakia’s Lamha to look forward to. And of course, there’s Munnabhai Chale America too. So Manyata and his close friends, we hear, are keen that Sanju capitalises on the movies he has right now and signs on a few more. In fact Manyata has approved a few films for Dutt, while he just wants to holiday with her and is busy trying to convince her to chill.

She though ain’t interested. She takes her role, as the driving force behind him, very seriously and is pushing him to work much harder. She has agreed to holiday with him once Munnabhai goes on the floor next year and the shoot commences in, where else but, America.

Smart move, no? If heroines have pushy mothers, then our heroes have their wives.

Melting and masculine Sanju baba heads off to another hard day of shooting.

As Manyata bhabhi has said in the past - she has more identity as Sanju baba's wife than any feminist can hope for.