May 17, 2007
Met my friend Martin downtown, after all of four years. We ended up in a bar called KGB. It was completely empty and we felt the suitable sense of subterfuge and as a response whipped out our respective laptops and began swapping music like true sophisticates, I mean, geeks. As we were doing this the people began to flow in to the bar and we realised a little too late - the tide had come in and we were trapped in the middle of a reading. 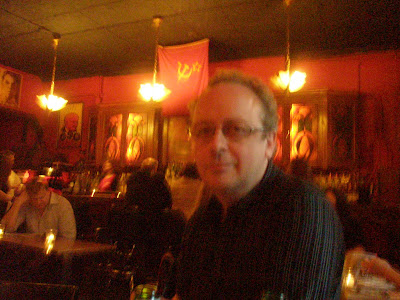 The young lady who was reading, read mostly letters that some ill fated boyfriends of hers had written her, but that was in between spilling her guts about every trauma she'd ever experienced. Suffering seems to have taken the place of art.

As soon as she paused we fled. I took a detour to the loo - which was was every bit as sinister and decrepit looking as the loo of the KGB should be. 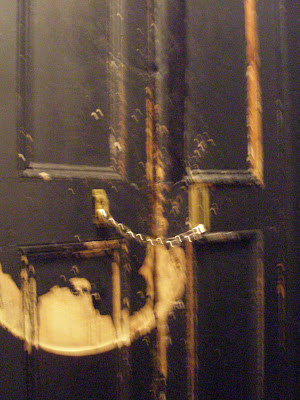 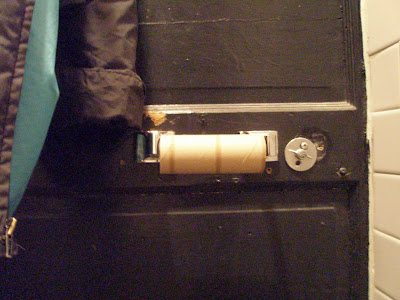