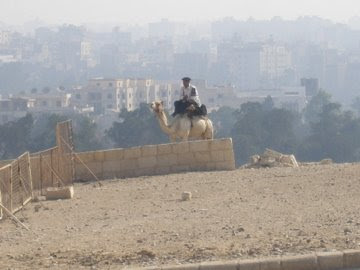 I was lucky in the way that I went to Cairo - it was for a conference/workshop -which for once was genuinely stimulating. I met old friends after a while - Kamran from Austin via Karachi, Svati from New York but who's spent some time in Bombay where I first met her; and made some new ones whose work I really liked and with whom I had many rich conversations - while floating down the Nile and walking around the city. It was the gentlest, loveliest time. At a more pragmatic level, the fact that Kamran had done his fieldwork in Cairo helped a lot and insulated us from the usual despair of tourists at being constantly cheated, lost, confused, feeling that they're missing the main point somehow. And he is game for anything and makes everything so much fun. So a bunch of us would follow Kamran around, seeing the sites. For me this was so unusual because I usually travel alone - and this year this is my third trip when I've been with other people - people I liked - and I had a gre
2 comments
Read more 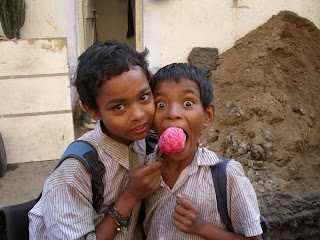 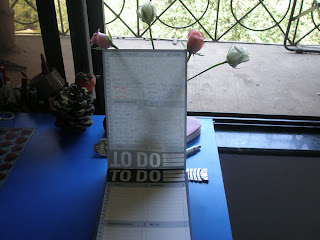 Ha ha - now that's a fantasy picture.... So this blog turned a year many days ago and I didn't even notice. Which is a good thing. When I started it I needed a way to show friends pictures of this unbelievably beautiful place I was in and it seemed effective. I was taking a break after many years of working and a period of difficulty and I also needed something to do which was meditative, somewhat creative but totally purposeless. Totally purposeless in my case presents a huge problem, since I have purposeful personality disorder. I am the sort who loves to make To Do lists and go tick tick tick. I go through phases of extreme backlog and burn out when I can' t do much which stresses me, depresses me and instantly makes me imagine myself old, unemployed and wearing a smelly nightie. For a person who has despaired of changing this part of herself - workaholic, unable to say no, working hard and fast, manically interested in many different things at the same time (and wanting
6 comments
Read more

I do not have a coffee table. But I have my first coffee table book and it is....... Yes, Chandamama has brought out a 60th anniversary collector's edition and I wasted no time in getting it. Chandamama, Phantom, Mandrake the Magician, Flash Gordon, Target and Children's World - everytime we were transferred to a new place my dad would order these to be delivered by the newspaper wala. Being very young I couldn't quite keep track of which day was what so the coming of the comic was always a matter of great excitement and each page would be instantly relished in the lush hours of a Sunday morning while my parents slept late and the house was absolutely quiet. My favourite was Vikram aur Betal (which the book unfortunately calls Vetal which is NOT how it was in the original!) - it seemed to prolong the pleasures of the Amar Chitra Kathas being a long detailed prose story, rather than a comic, and with its tantric type of illustration it sent a thrill of fear for me. Always se
7 comments
Read more

April 08, 2008
Maybe we can head back to Lakshadweep after all - Vidya could become a scuba diving instructor since she loved it so much. And me, fashion victim that I am, I can sell THESE
3 comments
Read more 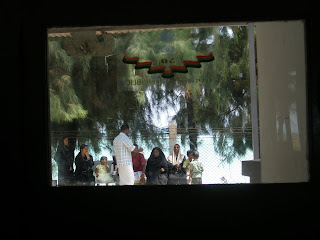 It has taken me over a month to post Lakshadweep pics but that's what it's like living in the love of the common people... So after the bluest lagoon, this was our second sight of Lakshadweep as we sat in a little wooden airport building, feeling a little like apprehended drug runners in Thailand. I had two best friends in school- Charu who became a doctor and Vidya who became an engineer. I as you know grew up and took pictures to post on a blog. But it is to be pointed out that of the three only Charu remained in a state of gainful employment. And thus it was that we found ourselves in Lakshadweep where she was on a 3 month deputation from her government hospital. After we landed in Agatti, we had to find a way to get to the helicopter that would take us to Kavaratti, the admin. capital where Charu was stationed. However we were paralysed by the way we sat in the wooden airport and a little nervous because everything there is so permission driven and language is something of
5 comments
Read more
More posts