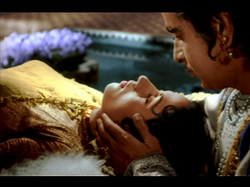 I have a story in it and I'm suddenly wondering how people will respond. When I give the book to someone, sometimes I want to take it back. 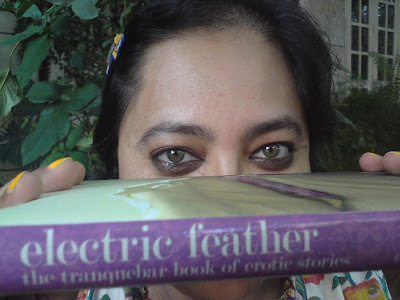 Not because I have any issues writing about sex. In fact I was more or less willing to read a rather explicit passage in my story which features a starfish simile I'm kinda proud of.

But suddenly I'm coming to realise how few freely admit to fantasy and pleasure, how many are a bit squirmy about it and also, I begin to wonder how does this squirminess play out in one's more formal, professional relationships? I'm wondering if people will read, maybe even like, but hesitate to say anything because of their sense of propriety or privacy or prudishness - or need to wrinkle their noses in a camouflaging manner - as if to indicate that they aren't prudish, but isn't all this a bit, well, silly, not an enterprise to be considered? Or how may jokes about "aha, you have become a pornographer" are jokes of camaraderie and how many the camouflage that won't actually take the enterprise seriously because they find it so discomfiting.

But of course in the end, the reason you put yourself out there is to try and change something - shrug the awkwardness away by suggestion so to say.

Well, we'll see! As long as they like though, maybe it don't matter. But in a country where the most natural of things - our bodies, their smells, sensations, pleasures and peculiarities are being lost to guilt, shame and a strangely plastic, technological idea of beauty and sensuality I think it's time to read this stuff and talk about ple-aiyer at lei-aiyer as we Punjabis would say. Or talk about it loudly in libraries.

It's a pretty good collection - many styles, many ideas about/of eroticism and sex and lots of really good writing.

The editor is my friend Ruchir Joshi and it's half the reason I'm pleased too - I like doing things as part of a community and I'm happy that ongoing, tangential conversations turn into projects with and for friends sometimes.

Here's a link to his intro to the book.

Go forth and ravish it, peoples. Salim and Anarkali would so approve.

Space Bar said…
So what if no one wants me to review this one because they all want to review it themselves? I have asked for copy and will wait with all this much-vanted anticipation.

SUR NOTES said…
I wait eagerly for the pleasures of the electric feather...you should have laughed your laugh at the ndtv questions- but then i guess, they were vague and tepid enough to not even warrant a laugh.
September 24, 2009 at 8:34 PM

parotechnics said…
arre if the SRK question hadn't caught me unawares I would have dominated the drooling department for all time.. but seriously it is hard to laugh when you are sitting in a dead room looking at only a camera and listening to a bad earphone. One can only look demented (eyeline) and foolish (because trying to look sentient)
September 24, 2009 at 9:27 PM

parotechnics said…
And Pooja, how happy will my friend Swati who took this picture and wants us all to become famous soon so that she has the best attended funeral, will be when she sees your comment...
September 27, 2009 at 12:29 AM