To All The Girls I've Loved Before 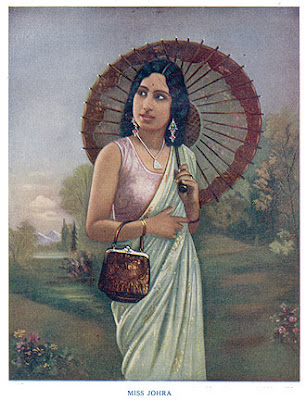 And while I'm thinking about all the ladies from the past whose style I love - the Miss Johras and the Sulochanas and the Sandras from Bandra, here's a piece I wrote for Time Out's last anniversary issue where they'd asked some of us to write about an era we'd liked to have lived in in Bombay..
TELEPHONE GIRLS

It’s the 1930s and freedom’s in the air. Not only because JRD Tata makes the first civil flight from Karachi to Bombay, or Gandhi issues a call to Do or Die from Manibhavan. Bombay in the 1930s is not a bad time and place to be a woman.

A Congress sub-committee on women draws up recommendations based on radical feminist ideas which see women as individuals with rights to work, property, divorce, and equality within marriage. Amid some shock, R.D. and Malati Karve start a family planning clinic with contraception counseling. The archbishop of Bombay suggests starting the Sophia College for Women.

An alluring magazine advertisement asks: “Have you a Telephone in your Home? If not you are denying yourself the pleasure of communicating with your FRIENDS and running the risk of being unable to call the DOCTOR or the FIRE BRIGADE in time of need.” A woman in fashionably striped sari and matching puffed sleeve blouse reclines on a sofa, a movie magazine in one hand, a telephone receiver in the other – the very picture of indolent seduction and modern facility. For 12 rupees a month, it suggests, a girl need never be lonely again and the lines between inside and outside could get deliciously blurry.

In fact on the other side of that phone line could be one of those new girls with a new type of job: telephone operator. And if that telephone operator was called Ruby Myers she could become Sulochana, heartthrob of millions, with her own Chevrolet, the handsome actor Billimoria for her reel and real life lover and, at 5000 rupees a month, a salary higher than the Governor’s.

Women emanated glamour, an eroticism and mobility as never before - and never again. It looked like a lot of fun – especially the crimped hair - and opened up a whole world of imagination and desire most visible in the movies of the 30s – Bombay ki Billi, Indira, M.A., Miss 1933. Female stars like Sulochana, Patience Cooper, Nalini Tarkhud, “the glamorous graduate” and Devika Rani guaranteed the success of a film – and so its primary choices -prompting a pained exhortation in Filmland that directors exert at least some care while casting male leads.

By the 40s, Chandulal Shah’s 1925 film “Gunasundari”, a dutiful wife’s journey to win back her husband from the venal world of clubs and cabarets had become the template for filmi femaleness and kissing on screen was banned. As for the Congress sub-committee: a 1970s study by women freedom fighters revealed the “brain shattering” fact that free India had not adopted or implemented most of these recommendation for free women. But the 30s had given us all sorts of desires. And telephones. That still counts and rings in change.