FOR A FRIEND OF FRIENDS 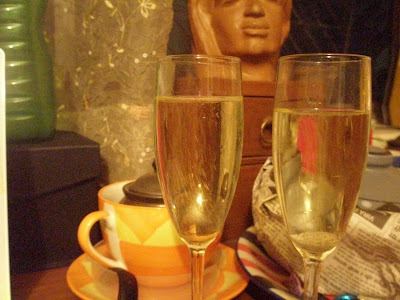 Forty some years ago my mother went to study at LSR college. Then, like many, she lost touch with her friends as they married and moved. Twenty years later she ran into one of those friends and came home and tolde me that this friend Rehana, had a son who was starting college just like me, studying Maths honours in St. Stephens. For a year I looked out for this boy and finally informed my mother this was all fictitious and the only boy on our U-Special from Stephens was in Philosophy Honours and anyway he was older than I. Then twenty years ago, I got talking to a beautiful, slightly extra excited girl at the busstop and discovered she was the son, who was actually a daughter and actually studying History. We became friends really quickly, sharing books, music, running a contest between her and I for who could find the cheapest eating place - the prize goes to her because she found a Gujerati thali behind the university for 8 rupees, with a ghee ladoo in desert. Too much has happened t
1 comment
Read more

when in rome do as the tourists do 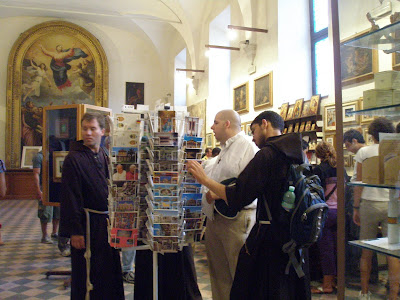 In Rome, people live inside buildings which in India would be systematically degraded by the ASI or MMRDA otherwise, in the name of heritage perservation. But like in India, they drive around merrily on scooters (of course wearing helmets always) and like to watch TV (I surmise). > Rome was clearly not built in a day so dense is it with layers and layers of history and living, with casually strewn shrines and ruins. It's very hard to be much more than a tourist for perhaps many visits, or perhaps a special type of visit - like if you went to work there for a month or something -no matter how much you dawdle, try not to be completist, try to be insouciant, spending more time eating gelatto than taking photo, you can only slide over the surface of a city thick with detail, the whole place a palimpsest of futures being built over pasts. On the other hand for the ancient parts- it's better than any guide book if you've read your Asterix comics well! THE CLOISTER OF THE BENED
1 comment
Read more

a school essay come to life 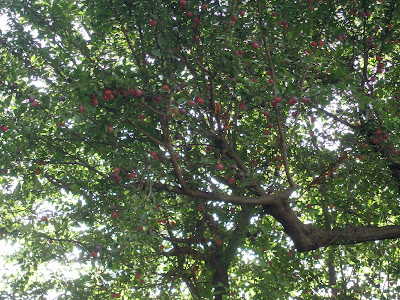 When I was in school we had to write this essay - the one place I'd love to visit. I wrote an essay on Italy which was a place of kitsch images - you could make a Matrix sim card ad with those images. As I grew older I was lucky to make friends from other places, among them Francesca, an honest to goodness Italian. I learnt that pineapple is ananas in Italian too. And everything I'd learn about Italy made me want to go there even more even as my stereotypes softened, deepened. So finally this summer I did. My friends Maria and David had rented a villa in small village near the town called Todi and they very kindly invited me to stay. The villa had its own swimming pool, there were fruit trees scattered around, I slept, read murder mysteries, swam and played with the kids. And ate of course. Innumerable, exquisite meals. THE VERANDAH WHERE WE ATE THE VIEW FROM MY WINDOW Often we'd do day trips - to little towns nearby.It was like a very spread out Chandni Chowk, a town per c
1 comment
Read more
More posts